Director of the Academies of Hampton Hampton City Schools 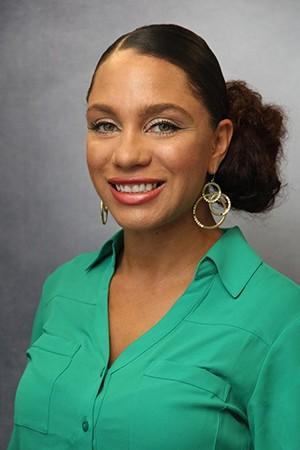 Veronica Hurd is currently serving as the Director of the Academies of Hampton for Hampton City Schools in Hampton, VA. She is a graduate of Christopher Newport University and Old Dominion University with degrees in Communications and an emphasis in adolescent vocational anticipatory socialization. Ms. Hurd is a second-year Ph.D. student in the Education Leadership, Policy, and Justice concentration at Virginia Commonwealth University. As a scholar of the Organizational Containment Research Lab, she plays an integral role as a member of a research team that seeks to identify the systematic practice of uncovering critical incidents that create racialized schemas in the educational system. Ms. Hurd’s research examines the intersectionality of race and equitable vocational anticipatory socialization practices, along with future career attainment. She is a dedicated advocate for positive youth development and believes in communities as the foundation for student learning. Much of her professional career has been spent building the capacity of communities to create lasting structures that help young people explore, define, and achieve developmental outcomes.

By looking at communities as resources in her daily work, Ms. Hurd has leveraged numerous partnerships and professional relationships to assist as she leads the implementation of 16 academies and over 41 college and career pathways in Hampton City Schools’ four high schools by transforming teaching and learning, the secondary school experience, and the business and civic engagement.

Under Ms. Hurd’s leadership, Hampton City Schools has been recognized by the Virginia State Board of Education as one of 15 “School Divisions of Innovation” for designing and implementing alternatives to traditional instructional practices and school structures that improve student learning and promote college and career readiness, and good citizenship. The selected school divisions are the first to earn the designation, which was authorized by the 2017 Virginia General Assembly.  In addition to this distinction, the Hampton community has become the first designated Ford Next Generation Learning Community in the Commonwealth of Virginia and one of 33 in the nation. Ms. Hurd is a founding fellow with the National Career Academy Coalition and a member of their Board of Directors. As well as the Hampton City Schools’ lead with the Ford Next Generation Learning network and a member of their Leadership Council. Collaboration among Hampton City Schools and across the nation extends Ms. Hurd the opportunity to learn and share best practices among practitioners within high school redesign.

More than 75% of our operation is funded through partnerships. Want to help?