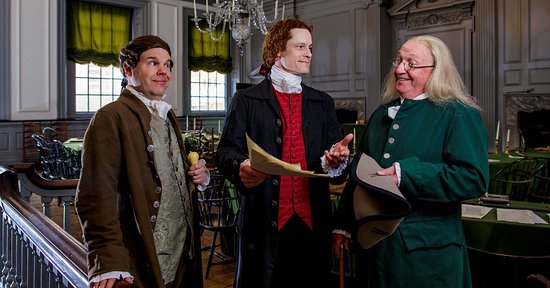 At this year’s conference, NCAC has arranged a special tour at Independence Hall.

The tour is called “Independence After Hours” and it takes you on a realistic journey back to 1776. After an 18th-century-inspired dinner at historic City Tavern, and a visit by Thomas Jefferson, the group “sneaks” into Independence Hall where they eavesdrop on Jefferson, John Adams, and Benjamin Franklin discussing the Declaration of Independence. This is an exclusive tour. Our group will be the only people in Independence Hall.

As a walking tour, guests are encouraged to wear comfortable shoes as they will cover a total of about 4 long city blocks. As it is within Independence National Historical Park, guests can expect some uneven surfaces such as brick paths and cobblestone streets.

You are responsible for your own transportation and we recommend getting an Uber or Lyft.

There are only 50 tickets at $90 per person available for each event.

More than 75% of our operation is funded through partnerships. Want to help?